The only provider of impartial reliability ratings for boiler brands, based on homeowner surveys, is Consumer Reports. They produced their first rankings list in 2019.

Unfortunately, these rankings aren’t very useful for homeowners in the Lower Mainland. The three brands who received five star reliability ratings (New Yorker, Burnham, and Slant/Fin) have little to no distribution in BC.

The one brand we install that was listed, Triangle Tube, received a poor rating. However, this is typically the brand we install in large homes with multi-zone radiant heating systems, when the owner wants a high efficiency boiler that also provides hot water and has a large indirect-fired storage tank (which provides a store of hot water that prevents hot water usage from multiple outlets from being a problem).

Almost all of the other manufacturers on the list produce mainly non-condensing, non-combination (meaning a separate hot water tank is required) boilers. So if take a company that typically makes 180,000+ BTU boilers that are 95%+ efficient and heat water for both space heating and tap water for homes with 5+ zones, and compare it to a company that typically makes boilers that are under 100k BTUs, under 85% efficient, heat 3 or fewer zones, and only provide hot water for space heating- then it’s inevitable the company that makes boilers for more complex systems will have more breakdowns.

Despite having a low reliability rating, Triangle Tube got a ⅘ rating for owner satisfaction, probably because homeowners with large homes and radiant heating systems are already used to having high maintenance systems.

None of the other brands we install, such as Navien, Super Hot, or Raypak, received a ranking, despite being very popular in BC.

The Super Hot Mini Gas boilers we install have proven to be very reliable, with most of them having zero breakdowns within the first 10 years.

The Navien and Triangle Tube boilers we install, being more complex high efficiency combination boilers (meaning they will replace both your current boiler and hot water tank), can’t be quite as reliable. However, we have found most of them have 0 breakdowns within the first 5 years and most still have 0-2 breakdowns after 10 years.

These breakdown numbers only refer to the boiler itself. They do not include failure of the water side components (such as zone valves, external pumps, expansion tanks, etc.) or thermostat problems. These factors will depend upon your home’s specific system.

Efficiency, Noise, and Other Factors

With official AHRI efficiency ratings of 95%, and steady-state efficiencies of up to 98%, you can’t do much better than the Navien and Triangle Tube boilers we install. They can also modulate down to as low as 17.5-20% of their maximum capacity, another figure that’s hard to beat. All the boilers we install are also among the quietest boilers you can find in their classes.

The Importance of a Quality Installation

The US EPA has found that improper installations of heating and air conditioning equipment can reduce efficiency by up to 30%. Consumer Reports once found that, although the reliability of the furnaces made by different brands varied by less than 25%, using a general contractor as opposed to a heating contractor increased breakdowns by more than 50%. 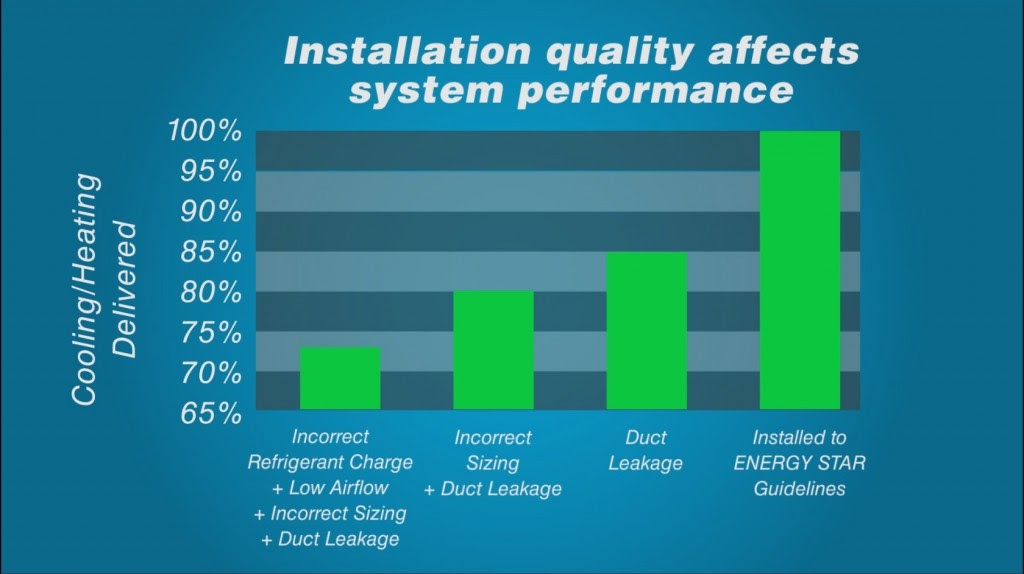 Although these figures are for furnaces and air conditioners, due to the higher complexity of boiler systems we believe that a quality installation can only be even more important.

At Good Guys, our regular training sessions ensure our installers have the knowledge to perform top quality installations. We allow them to spend the time necessary to design, install, and set up your system for optimal performance.

Learn more about new boilers on our boilers page.

Call for service or a free quote on a new system*